This weekend I was fortunate enough to get a glimpse into the gardens of The 1% at the 26th Annual Beverly Hills Garden Tour. The tour is a fundraiser for the Virginia Robinson Gardens, which is one of the world’s more spectacular estates. Since the United States doesn’t have a Queen to preserve our historic residences, we rely instead on non profit organizations to keep the great estates from crumbling to dust. Luckily, there are enough exhibitionist billionaires to satisfy voyeuristic millionaires, which is the premise upon which the garden tour is based.

The gardens are beautiful. This year, the trend in gardening was to set aside a patch for growing herbs and vegetables. Even billionaires need fresh zucchini.

The gardens surround the estates, and there were a lot of picture windows. Maids stock up on Windex to prepare for the tour, because millionaires have an insatiable need to peer into the houses of billionaires, which leaves a lot of handprints and breath stains on the glass. Some of the tourists carried iPhones and tried to take forbidden snapshots of the privileged life. The docents would chase them down and chastise them. It was one clever lady on my tour who got the vote for smartest use of an iPhone. She had a shopping list app, and was adding plants, furniture, and accessories to her shopping list. No one tried to stop her.

The tour ends at the Virginia Robinson Gardens, with an all you can eat buffet of chicken skewers, shrimp salad, quinoa and raw kale bedecked with heirloom cherry tomatoes. The plates and silverware are made of guilt free bamboo.

The peace and tranquility of the gardens was interrupted on the tour bus when a fight broke out between a British limousine liberal and a Texas oil baroness. It started out innocently enough. The Baroness complained about the hot weather. “Shoo wee it’s hot as blazes today.”

The Oil lady huffed a bit and said, “I don’t really believe in all that hogwash.”

The British woman mused, “I’d imagine you must have heat stroke to say something so ridiculous.”

Oil Money replied, “You must be British, I can tell by your teeth.”

British liberal snapped back, “I’m Scottish, actually. My mother always told me how to spot an American. You can hand them a plate of dog shit, and so long as it’s covered in ketchup, they’ll eat it.”

Oil baron said, “Do you really want to go there? Haggis, tatties and neeps?”

The docent chose that tense moment to get on the microphone and begin her history of Beverly Hills, which, it turns out, was a bean field until 100 years ago.

Later I saw them sitting together at the same table, sipping champagne and eating kale. God Bless Beverly Hills. 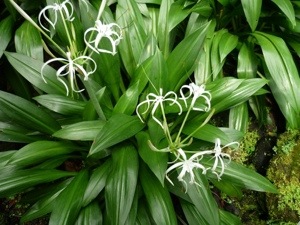 What I Wrote About